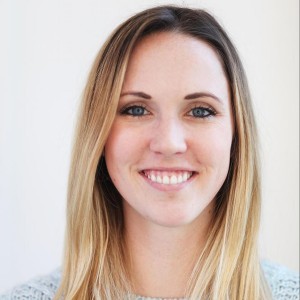 Dietitian Diary: A Week with Viveca

This week, we'll be following dietitian Viveca (hi!) around.

Each month we will get a glimpse into the eating life of your favorite Enara RDs since everyone is always curious about what a dietitian eats!

**Disclaimer: Please be aware that this post contains content that some readers may find triggering. This is not intended to be dietary advice. Anything written here is not necessarily appropriate for the Enara program you are on or consistent with your particular goals.

Since I see patients Tuesday to Saturday, this is the start to my workweek. I didn’t get a chance to prep food the day before, so I woke up and drank some English breakfast tea + milk (a combo I grew up on) while I batch-cooked lunch for the week: spaghetti squash (using the “lazy cook” microwave method) with meat sauce (sauteed onions, celery and carrots with ground chicken then simmered in a store-bought spicy marinara with a short ingredient list). I had a later, larger dinner the night before, and didn’t get hungry for breakfast until about 10 AM, at which time I ate a breakfast of Greek yogurt + blueberries + spoonful of PB + cinnamon (a favorite combo of mine) at work while prepping for appointments. I had a break in appointments around 2 PM, so I ate my lunch of spaghetti squash and meat sauce topped with some crumbled feta. We were getting our first taste of cool fall weather, and this is one of my favorite healthy comfort foods. When I got home from work, I put together a simple dinner: spicy blackened tilapia (using one of my favorite store-bought spice blends), kale salad (dressed with grapefruit balsamic vinegar, sea salt and shaved Parmesan), and on the side a small homemade tortilla leftover from the previous night when a friend taught me to make them from scratch (these were delicious, but the amount of lard used was kind of terrifying). I had a really killer lower-body workout the day before and was super sore, so movement today was limited to a short walk between appointments and some evening foam rolling + stretching.

I woke up and headed to the gym for a morning workout. I’m a couple months into a personal training package I invested in late summer to help me get strong again after a back injury in a safe and balanced way. It’s been such a game changer in my strength and fitness, and I feel better than I have in years (for anyone considering taking the plunge, do it!!!). This morning, we focused on upper body. I went home after and made some oatmeal with almond milk, chia seeds, PB and blueberries; I really enjoy having a slow sit-down breakfast while catching up on the news on my late start mornings. At work, I enjoyed the same lunch as yesterday (spaghetti squash + meat sauce + feta) during a lunch meeting. Around 4:30 PM, I had a small snack of string cheese + a few grapes to tide me over through my late appointment schedule. After my evening appointments, I threw together the same dinner as last night of kale salad + tilapia, minus the tortilla. (Later that evening, I started to feel a little “snacky” while catching up on a TV show, which I took as a sign that it was time to get some sleep!).

Exercise was a short morning run. It was a gorgeous brisk fall morning, and even though my hamstrings were STILL sore from Monday’s workout, the run felt great. Food was very similar to  Wednesday…not very exciting, but with occasional exception, I tend to operate on food autopilot during the workweek.

This was an early start day for me, with my first patient at 7 AM. I usually drink tea with milk until my hunger sets in. Breakfast was Greek yogurt + blueberries + PB + cinnamon, consumed not very elegantly between online appointments because I didn’t have a break (and eating in advance when I’m not hungry yet makes me feel blah). Lunch after a morning of patients was my last serving of spaghetti squash + meat sauce + feta. After work, I hit the gym for a workout on the way home. I love meeting with my trainer, and I also love group fitness classes, but some days I just want to turn on a really good playlist and do a solo workout. Since I knew there would probably be some heavier eating over the weekend, I tried to get in a solid workout, a combo of treadmill intervals and a total body circuit recycled from a previous workout. I had dinner plans with a friend, but the timing was up in the air, and I was a little hungry when I got home, so I had the same small snack I’ve been eating all week of string cheese + small handful of grapes. For dinner later, my friend was craving tacos, and I was onboard with Friday night plans that didn’t require me to change out of my workout clothes, so we went to a popular taco place in Redwood City. I had one chicken and one carne asada taco, as well as a few chips with fresh pico.

Saturday is usually my longest and busiest day in the office, so I try to get up in time to have a quiet cup of tea in my quiet apartment before starting my day. Breakfast at work (again between patients) was a cozy bowl of oatmeal with chia, blueberries, PB and almond milk,  which felt like the perfect combo for the chilly weather. Lunch was catered Mendocino Farms to celebrate October birthdays for our Saturday staff. I had a kale salad with lots of veggies, avo, shaved Parmesan, their addictive toasted quinoa crunchies, dressed with balsamic. After I finished seeing patients, I went out for an easy jog in my neighborhood; it felt good to move after sitting most of the day. I went up to the city that evening for dinner plans with a friend. We shared pizza and salad for dinner, and then had a kid size scoop of ice cream at Salt & Straw after dinner.

My parents live up in Santa Rosa, and we had family in town from Canada, so I planned to go up there to stay the night and hang out with them. But first, I stopped in the city on my way up to have brunch with a college friend and her husband who were visiting from North Carolina. We ate at Chloe’s Cafe in Noe Valley. I had a bacon + tomato scramble (one of their popular dishes), some fruit and a few bites of shared banana walnut pancakes, which were recommended to us. It was a lot of (delicious) food, and I only put a small dent in my order. I then drove up to my parents. Soon after I arrived, everyone sat down for lunch. I wasn’t starving, but we had a hike planned after, so I nibbled on some cheese and turkey while everyone ate. We then went out for a tough hike (lots of climbing!), followed by a stop at a winery that my parents are members at for a tasting. Unfortunately, on the way back, I started to feel really sick to my stomach. I hung in there for our dinner plans, but felt pretty terrible, so I had a few bites of our shared appetizers (caprese salad and bruschetta) and tomato bisque as my entree.

I’m skipping Monday because it turns out that I got some kind of virus and basically slept most of the day. I’ll end on a more constructive note with another Tuesday because I woke up feeling back to normal. I woke up and decided I felt well enough to do a light workout so I hit the gym on the way to work for an upper body workout. When I got to work I had some Greek yogurt + cinnamon + PB + chopped apple. Because I was pretty incapacitated the day before, I didn’t get a chance to shop and prep for the week, so I defrosted single portions of a pumpkin chicken curry and cooked millet that were leftovers from a couple weeks ago. That was lunch. Dinner was a stir fry with chicken, mushroom, asparagus and cashews on some cilantro lime cauliflower rice (I made enough for dinners all week).