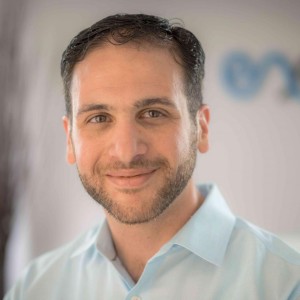 What is a Healthy Weight? A More Precise Approach

This meant that while she had a ‘normal BMI’, she was clinically was obese.

A mother of three young children walked into my office one day for a second opinion about her rising cholesterol numbers. She had pre-diabetes a few years back and had made key diet changes to normalize her hemoglobin A1c ( a measure of your average glucose) but over the past 3 years her triglycerides and LDL (bad cholesterol) were rising

She has been exercising 5-6 times per week and trying to eat healthy but her total cholesterol was 270(normal is <200) with a LDL of 170 (normal <120) and triglycerides in the 250s (normal <150). She had a normal ‘BMI’ at 24.5 , so her doctors keep telling her that her cholesterol numbers were not related to weight, but rather her genes. They had asked her to start a statin ( a common medication used to lower cholesterol). Taking a cursory look at her thin frame I could have easily arrived at the same assessment but instead I took out my measuring tape.

Her waist measured at 34 in (87cm). This was right at the border central obesity cutoff defined as >88cm by WHO for women.  To be more precise I pulled out some of my notes to find that in studies looking at American and mainland Chinese women, the high risk cutoff was anywhere between 75-84cm. This meant that while she had a ‘normal BMI’, she was clinically was obese. A body impedance analysis confirmed my suspicion with a percent body fat of 38% (cutoff for obesity in women is 32%).

3 months later, she was 12lbs lighter, and had a waist circumference 77.5cm. Her triglycerides dropped by 57%, her bad cholesterol dropped by 26%, and her good cholesterol shot up 21%. She cut her cardiac risk in half.

The Location of Your Fat Matters

We judge our own health and other’s health by our weight and this Achilles heel is leading to poor preventive care. Studies have shown that people with normal BMI with central obesity (relatively larger waist) have the worst long-term survival. Yes the worst! A 5’ 6’’ man who is 140lb with central obesity can have twice the risk as his 5’6’’ counterpart who is 200lbs . Unfortunately, the 140lb gentleman never gets his lipids checked until he is 40.  The U.S Preventive Service task Force  actually only recommends lipid screening under the age of 35 for people who have a BMI >30.  When he does eventually get his lipids checked no one ever bothers talking to him about fat. Sadly, the 200 lb man may be taking better care of his health, but carries the social stigma of obesity.

If you have a large waist then you likely have a problem dealing with energy excess. Studies have suggested that excess visceral  fat is largely a marker of the inability of subcutaneous  adipose tissue to deal with increased calorie intake leading to accumulation of fat at undesired sites such as the  liver, the heart, the skeletal muscle, the kidney, and the pancreas. It is this fat that makes you sick. The best way to estimate this at home is by measuring your waist circumference. The most accurate way to measure body fat is by doing an MRI or a  DEXA scan. A medical grade body impedance analysis is often the most practical and affordable way to so.

Let’s take 4 individuals with same BMI and put them through an MRI scanner to precisely figure out their visceral fat. The individual with highest visceral fat level will have higher levels of 2-hr postprandial glucose, fasting insulin, c-peptide, triglyceride levels, along with lower levels of HDL (good cholesterol). That same individual will also have the highest risk for developing diabetes, heart attacks, and strokes later in the future. What is more fascinating is that individual will have lower levels of Leptin ( a hormone that controls appetite) which means they are more likely to struggle with losing and maintaining weight! So the fat in your gut creates a vicious cycle where it not only makes you unhealthier but puts you at a disadvantage to get healthy. This is why it’s important to skip the diet and exercise fads and see an obesity specialist. Your labs can tell you a-lot about your health. If you have high triglycerides, low HDL, and evidence of pre-diabetes or diabetes, then you likely have visceral obesity no matter what the scale says!

Don’t accept weight and BMI as the only measure of a weight. Go further and get more precise. Measure your waist circumference and ask your doctor for fasting cholesterol, glucose, hemoglobin A1c test, and cardiac CRP. If any of of them are above standard cutoffs then find a clinic with medical grade BIA machine or get a DEXA scan to figure out your percent body fat.  Remember physicians often approach medicine with the goal of preventing disease, but you want to optimize your health for life’s aspirations and curve balls. Turn your data into insights and start fine tuning that engine.