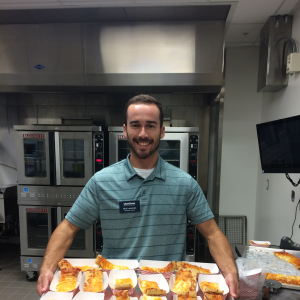 Food for Thought: Fighting Label Claims Through the Power of Knowledge

As you walk down the aisle of the grocery store, packages are practically yelling at you with different claims about their contents. ‘Good Source of Protein.’ ‘Low in Cholesterol.’ ‘Less Sodium than… ,’ etc., etc. It can be a vicious environment for consumers as those claims are unified by the same simple goal: they want you to buy the product.

How do we make heads or tails of these claims, protect our wallets, and support our health from the questionable practices of marketing? With knowledge and information. One role of the Food and Drug Administration (FDA) is oversight and regulation of dietary claims. Let’s dive into the specifics:

Health claims describe a relationship between a food substance and a reduced risk of disease or health-related condition (1). Within these claims there are two tiers: Authorized Health Claims and Qualified Health Claims. These two differ in the level of scientific evidence that exists to support them.

Authorized claims have “significant scientific agreement,” providing a high level of confidence in the validity of the substance-disease relationship. Qualified claims, on the other hand, are supported by some scientific evidence but do not meet the significant scientific agreement standard. These qualified claims “must be accompanied by a disclaimer or other qualifying language to accurately communicate the level of evidence supporting the claim,” per the FDA.  There are a number of these qualified claims out there (many more than authorized claims) and we recommend really paying attention to the language and looking out for those disclaimers, to tell the difference. Here’s an example of a qualified claim: “Scientific evidence suggests, but does not prove, that whole grains (three servings or 48 grams per day), as part of a low saturated fat, low cholesterol diet, may reduce the risk of diabetes mellitus type 2.” (2) Note the disclaimer there.

Authorized claims are a bit easier to spot because only a handful of relationships qualify with the more rigorous standards. Here is a list where there is significant scientific agreement on the relationship between the food substance and its effect on disease:

If you would like more detail about any of these relationships, please refer to this PDF: https://www.fda.gov/media/81606/download

The table illustrates that the exact wording used means something highly specific. It’s important to remember that “Reduced” or “Less” means it’s a comparison to a reference food. This doesn’t mean it’s necessarily health-promoting. The comparison must be taken in context. For example, a cookie with “Less Fat” or “Reduced Calories” is still a cookie, it just has less of the nutrient in question than the reference cookie. Context is key!

What this means: Not much. According to the FDA, the term “Light” may be used to describe the nature of the product if it is deemed to appropriately describe its attributes. Furthermore, “if there has been a long history of use of the term ‘light’ associated with a product it may continue to be used.” These definitions for “Light” don’t hold a lot of weight so I wouldn’t pay much attention to them.

What this means: Contains 20% or more of Daily Value per serving. Based on a 2,000 calorie diet, these claims mean the product contains at least one fifth of your daily needs of the nutrient in question.

What this means: Contains 10-19% of Daily Value per serving. Similar to the claim above here, but contains less of the nutrient. I think comparing the two nicely illustrates the nuances of specific language with these claims. The difference of 1% requires a different set of wording.

What this means: Relative claim alert—10% or more of Daily Value per serving as compared to appropriate reference food. Again, these claims are relative and may only be used for specific things: vitamins, minerals, protein, dietary fiber, and potassium.

What this means: There are a few specific parameters for this one:

What this means: In order for a product to consider itself “healthy” it must qualify as both low in total fat (3g or less) and saturated fat (1g or less) per serving and must have less than 480mg of sodium. It also must contain at least 10% of the Daily Value per serving for Vitamins A and C, calcium, iron, protein, and fiber.

These are the third and final type. Structure function claims describe the effect that a substance has on the structure or function of the body but does not make reference to a disease. These tend to be rather straightforward as they are not making claims about the product itself. For example, “calcium builds strong bones.” (3) Nothing about the product, just a fact about calcium. These tend to be the simplest to decipher of the three groups because they are simply stating what is known, as defined by scientific evidence.

It’s all marketing. If you remember that basic principle you will be in a good position to defend yourself as a consumer. Remember though there are three different types of claims, and the specific language used is very important. With relative claims, context is very important as well. Lastly, don’t be afraid to be an investigator. Check nutrient panels and ingredient lists for the most accurate information about a product.

Hopefully this post was insightful and helpful in cracking the code of label claims.