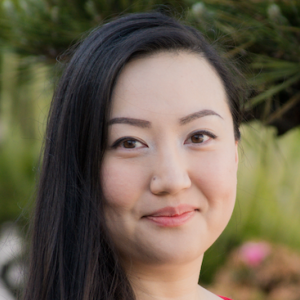 Meet Sue, an Enara member who has lost and kept off 9.6% (and counting!) of her starting weight. She was kind enough to share what eating is like for her while on weight maintenance. Enjoy! Please note this is not intended to be dietary advice. Anything written here is not necessarily appropriate for the Enara program you are on or consistent with your particular goals.

Having been with Enara since 2018 and on VLCD roughly three times, most recently last October, in order to lose enough weight to reach a BMI that would qualify me for a knee replacement, I have been maintaining since February of this year.  I am, however, about to go back on VLCD this October for another round so was asked to do a food diary for the blog.

I do love to cook, more so, for others, but I am also a planner so I like to cook ahead and freeze some meals.  Having bought an Instant Pot right before joining Enara I love using it for make-ahead meals.  Some of my favorites are: Turkey Chili, Chicken Tortilla Soup, and Balsamic Chicken Thighs.  The chicken thighs don’t usually make it to the freezer as I end up eating those in about three days for dinner and in salads for lunch.  Another favorite for the freezer is the VLCD Minestrone soup!  Something I discovered early on was the Banza pasta!  Made with chickpea which is full of protein, it is also in the Minestrone soup.  Having loved pasta that is the one thing that took me a while to get used to not eating but, every once in a while, at least I know I can make some and it’s still healthy.  I have served it to guests and they don’t know the difference.  Well almost everyone.

So, what I eat on a usual week is: Mondays, Wednesdays, and Fridays for breakfast are Overnight Oats.  I’m hooked on that one.  It’s filling and lasts me all morning.  The other mornings I alternate between poached eggs on Trader Joe’s Cauliflower rounds, VLCD pancakes, Scrambled Eggbeaters, or the Oatmeal loaf bars.

Lunch on workdays is usually a salad with some protein, usually chicken or something leftover.  On days off it can be chili, soup, an omelet, or I make a homemade pizza on pita bread (100 calorie).  If I go out to eat for lunch, I try to order breakfast, scrambled eggs or an omelet and only eat half or a salad and still only eat half.  Restaurants always give too much food!

Dinner depends on the day and my mood.  When not in the mood to cook I pull chili or soup out of the freezer.  I always keep frozen prawns from Costco in there, so sometimes I take some out and marinade them and since they cook so quickly, I make prawn tacos (La Tortilla low carb tortillas). I also keep frozen marinated salmon from Costco in the freezer and will cook one piece with some veggies and farro.  I always have farro which I cook ahead similar to a risotto and portion it out in ½ cup containers and keep frozen, or I do the same with leftover chicken.  I used to love to get a cooked chicken from Costco but discovered the sodium just added a few lbs after I would eat it, so I stopped buying those and prefer to cook my own. When I crave Mexican food, I make homemade enchiladas with canned Kirkland chicken rolled into a low carb tortilla, and use Trader Joe’s Enchilada sauce which is low in sugar and a little cheese and olives on top and microwave it!  Delicious!  Sometimes I make two and save one for lunch for the next day!  When wanting vegetarian, I make Eggplant Parmesan but a low-cal version.  I marinade eggplant in a vinaigrette and cook on my George Foreman Grill. Then I layer in a casserole with a Marinara sauce or my homemade sauce if I want to have some meat in it and bake in the oven.  It usually lasts four servings unless I share.  I have been craving a shrimp curry lately so am probably going to make the Enara version but add veggies to it and that dish I also freeze and serve over farro.

So, by the time you read this I will be well on my way to my next VLCD.  Wish me luck!  Below are some pictures of some of the meals I mentioned.